A Google search for “Full Stack Development” yields a long list of professions and technologies, including PHP, MySQL, PHP, JS, and CSS. In organizations or sectors that demand in-depth knowledge of computer languages, full-stack developers are highly skilled experts in all coding languages.

Feeling over-extended and unable to determine what to do next? Whether you are a beginner or an experienced professional, we will assist you in mastering full-stack development. Everything you need to grow your full-stack development career, from the fundamentals to more advanced concepts and methods, is covered in this article.

Who is a Full Stack Developer?

Full-stack developers are in great demand because they possess a diverse set of abilities. They usually have the ability to work autonomously and are at ease with various coding languages and technologies.

Today, a professional who is “full-stack” is referred to as having expertise in both front-end and back-end development. You must have a solid understanding of how each layer of a web application functions to be a full-stack developer. Additionally, you must feel comfortable with various coding languages and technologies.

While it is feasible to acquire all the necessary skills independently, it is generally simpler and faster to learn from someone who has actual full-stack developer expertise. You might start by using one of the many online tools and courses available.

Is Full Stack Developer a Good Career Path and Why?

With its versatility, exceptional IT abilities, and innovation in this industry, full-stack development has earned worldwide recognition and demand. These IT ninjas govern the sector in their unique way, even though the responsibilities and required expertise make them unreal. The field of full-stack development is rewarding. Most people believe it is a dying profession, however, there is a large demand for it.

Developers who work throughout the entire stack of the project are experts in their field. Their understanding and knowledge of the complete software stack assist them in dealing with anything that comes their way. It is a career with development potential, competitive remuneration, and an interdisciplinary ability that claims true expertise.

As they gain more practical knowledge and on-the-job training, they begin to take on additional managerial responsibilities, managing several teams and cooperating with many stakeholders and team members.

The following are the required skills to become a full-stack developer:

HTML stands for Hypertext Markup Language and CSS means Cascading Style Sheets. Web content is aggregated using HTML, and a website’s styling is personalized using CSS. The appearance and user experience of a website both depend on HTML and CSS, and this eventually plays a significant role in attracting potential clients.

To describe the structure of web pages using markup, Full Stack Developers must deal with HTML. They must also be knowledgeable in CSS for the HTML parts to be presented effectively. Full Stack Developers need to be well-versed in both  programming languages to create a user-friendly, interactive, and captivating frontend for applications.

A full-stack developer must have knowledge of JavaScript. Developers use this dynamic language to make interactive front-ends. Developers should also be familiar with its features and frameworks, such as JQuery, Angular, and React. Additionally, they must be familiar with DOM and JSON.

With the use of a version control system, full-stack developers can keep track of all the changes made to the codebase. Full-stack developers that are familiar with Git can better understand how to retrieve the most recent code, update specific areas of code, and alter the code of other developers without disrupting anything.

Bugs that need to be debugged are rather common during the development process. Front-end developers are responsible for making sure the front end is bug-free. Therefore, checking the code for defects qualifies as a front-end developer’s core competency.

Each layer of web development has its risks because the entire application development process takes place online. As a result, security issues could become more prevalent. Because of this, every developer should have a fundamental understanding of security and the methods used to deal with such problems.

The misconception that only developers with backgrounds in programming or computer science can be successful full-stack developers is steadily disappearing. Anyone can pursue a profession in software development if they have enthusiasm, curiosity, and skills. The development of browser-oriented software has made it simpler than ever to become a software developer.

Full-stack developers that are new hires typically work on applications for a year or two. They occasionally specialize in either the back-end, where they create middleware with ExpressJS, write server code with NodeJS, and create databases with MongoDB, or only the front end, where they work as ReactJS developers.

A full-stack developer’s salary varies depending on several factors, including region, technical expertise, previous experience, and relevant experience (in coding or software development).

An entry-level full stack web developer may earn up to $76,887 annually. When you start out as a full stack developer, your pay will be low, but as you gain knowledge and experience, it will steadily rise.

A mid-level full stack developer with 5 to 9 years of experience may expect to get an average salary of $124,559 per year.

A Senior-Level Full Stack Developer with more than 10 years of experience may expect to get an average salary of $213,824 per year.

Scope and Demand for Full Stack Developers in 2023

Front-end and back-end apps can be integrated by a full-stack software developer. You can enable smooth communication because one individual is responsible for both facets of application development. Development takes place faster and with much higher quality when fewer people are involved. This prevents delays and guarantees a seamless development process.

To ensure efficient development, a full-stack software developer can examine the situation and make a suitable work plan. There are several reasons for the demand and growth for full-stack developers worldwide. The most significant reasons include the following:

A full stack developer is skilled in both the client- and server-sides of software development. They are highly skilled, versatile developers who can work on the front and back ends of a web application. For developing your skills as a full-stack developer you can enroll in a full-stack engineer course.

The following methods are used by full-stack developers to lower operating costs:

With the rise of the start-up industry, there is a greater need for people who can work with diverse technologies. This has made it easier to establish a fantastic full-stack developer scope in the future. Full-stack developers easily adjust to the various project complexities that match the needs of application development.

Full-stack developers will be in high demand through 2023. Many businesses are looking for these qualified experts because they are versatile and capable of working on a broad range of projects. With Knowledgehut’s Full Stack Engineer course and other well-known certifications, you can begin to master several coding languages and frameworks to become a full stack developer. Make new projects for yourself and cooperate with other developers.

What are the core skills needed to become a full stack developer?

What is the basic career path for a full stack developer?

You can begin your career as a junior full-stack developer if you have little to no experience. You can advance to a senior full stack developer position within 3 to 5 years by honing your skills in both front-end and back-end technologies. This might eventually lead to a director position at a higher level.

Is a career in full-stack development worthwhile?

The BLS anticipates that the web development sector, which includes full-stack development, will expand by 13% between 2023 and 2030. These experts make high salaries and may anticipate continuing growth in the industry.

Everything You Need To Know About OTT Advertising

Igniting Your Ecommerce Dreams with Strategic Planning and Passionate Execution 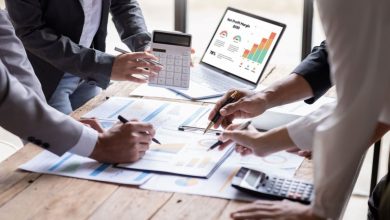 The 5 Essentials of A Startup Marketing Campaign 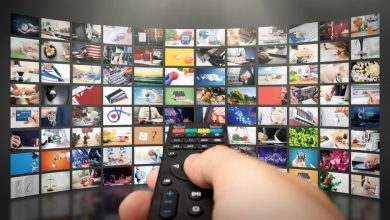 Everything You Need To Know About OTT Advertising 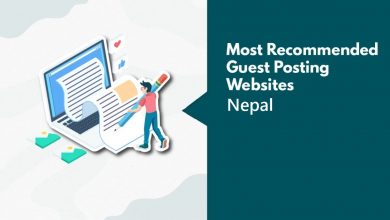 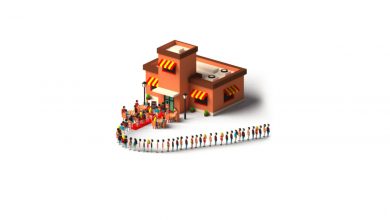