The 21st century is a world of advanced technologies that are continuously improving day by day. One of the significant aspects of modern technology is the amazing invention of Artificial Intelligence.

We will discuss the detailed difference between AI and Machine learning along with its essential role in human life, here in this article.

The term was used in 1956 for the first time. Since then, it has been continuously growing. AI is just like digitizing the human mind to execute a task more quickly, efficiently, and better than humans. It is based on the principles that intelligent machines can work in changing environments using the information and data available in the system.

Like other advanced subjects, Artificial intelligence is another one with wondrous capabilities that work in the direction of making machines more productive and self-reliant based on making decisions.

For easy to learn, we can say that AI is the ability of a machine or system to act and react like a human being. It is used by AI development companies to build intelligent programs and devices which can solve problems creatively, just like humans, sometimes better than humans.

The three general categories of AI are as follow:

Let’s elaborate on all the categories one by one.

It is also known as weak AI because of its narrow capability. It is not wrong if we say that Narrow intelligence was the beginning phase of AI. Narrow or Weak AI is used to build systems that appear to have human-like capabilities, but it can’t pass as a human being.

Weak or narrow intelligence AI is better in performing specific tasks for which it is designed. It can’t be used to assist in other fields outside its predefined areas of work.

If we look at the example of weak or narrow AI then it would be hard to ignore AlphaGo, a computer program that was designed to play a board game called ‘Go’. AlphaGo sets a record after defeating a professional human ‘Go’ player.

There are a lot of applications of narrow intelligence available now. It is widely used in health, business, and science-oriented industries. Big Giants like Google and Amazon also have great interest in this AI sector, and they are investing in its development.

You may have seen the advanced version of AI in sci-fi movies, where machines perform human-like functions. General intelligence is the category of AI in which machines exhibit human intelligence.

Right now, machines can perform several tasks faster than humans, but the ability of abstract thinking, strategizing, and diving in our thoughts and memories to make decisions and bring ideas are only limited to humans, not AI.

This is something challenging to embed in machines. It is only possible by programming machines to experience emotions just like humans. For this, machines need to achieve a level of consciousness.

Super intelligence is something that people usually think about AI. The world of robots and machines surpass human intelligence and human beings.

Scientists and AI businesses are working to improve the features and intelligence of AI applications. So in the future, machines will have great intelligence, more competence, and much better creativity and problem-solving ability than any intelligent human being.

With that, you should also consider the fact that such a type of innovation can become the reason for the extinction of the human race. However, we have to wait for a long time to see such a reformation of the world.

Machines perform a specific task on the basis of their programming and design. It requires scientists and developers to programme the system multiple times for specific tasks. It used to be a lengthy process before the invention of Machine Learning,  in which intervention of a technical person was always required to teach new things to the machines.

Such problems have been solved using the concept of Machine Learning. It is the subset of the broad field of artificial intelligence where the system learns from itself without explicit programming. In Machine Learning, the main goal is to make the machine independent in terms of learning new things.

Machine learning works on the idea of self-learning using the available data, patterns, and taking decisions with minimum human intervention. Advanced algorithms have been created, through which systems can learn from data and make predictions on that.

Three components are vital in the concept of machine learning. These components worked together to educate the machine.

Let’s talk about each of these components of ML in detail.

Datasets are collections of data that are used by machines to make predictions, analytics, and calculations. The datasets may include images, text, or any other type of data.

In Machine learning, there are several inputs required to reach a decision. The features are individual variables that are independent in nature and act like inputs to the system for predictions.

An algorithm is a procedure that uses the data to create a Machine learning model and carry out the result. Different algorithms can be applied to solve the same task. Sometimes, it is better to combine different algorithms to achieve better and high performance.

With that, based on algorithms, Machine learning is divided into three categories. These are named Supervised learning, Unsupervised Learning, and Reinforcement Learning.

Here, One thing that is important to consider is the accuracy and speed of processing, and getting the result can differ depending on the algorithm.

We can say that datasets with high quality and features with suitable parameters can comfortably complete the task effortlessly in Machine learning.

After getting a proper idea of both Artificial Intelligence and Machine Learning, let’s move on to the key differences between the two concepts (AI and ML) of modern technology.

Artificial Intelligence is the technology that has a goal to make systems or machines behave like humans. In AI, machines simulate human behaviours to solve complex problems.

Machine Learning is the subset of AI through which machines learn from the available data to generate accurate results. In ML, the system automatically learns without explicit programming.

There are many subsets of Artificial Intelligence but we usually consider three of them. It includes Machine learning, which is the primary subset. Along with that, there are two more subsets Neutral network and Deep Learning.

Whereas, in Machine Learning, the only subset is Deep learning.

Artificial Intelligence includes the element of self-correction, reasoning, and learning. On the other hand, Machine Learning provides understanding and self-correction at the time of data exposure.

One of the significant differences between Artificial Intelligence and Machine Learning is the difference in their capabilities.

AI is divided into Weak AI, which deals with narrow range abilities. General AI is a present and upcoming generation technology where machines get equal smartness just like humans. Strong AI refers to things more capable than human beings.

And in reinforcement learning, the system learns from delayed feedback by interacting with the environment.

We are surrounded by the applications of Artificial Intelligence and Machine Learning. Let’s look at some of the common relatable examples.

Apart from this, there are so many industries where applications of AI and ML are giving their services to a large extent. A few of the examples are the entertainment industry, healthcare industry, finance industry, etc.

Artificial Intelligence is a broader field than Machine learning, and it is essential to note that ML is part of AI. Here, we have differentiated it in various aspects to have a proper understanding of the growing technologies.

Along with that, it is important to note that Scientists are working to improve these technologies to a more advanced level to be used in all sectors of work.

Right now, AI is not efficient in understanding emotional levels like humans. Probably it can achieve those qualities in the future, but converting machines into artificial humans can be the reason for destruction if we mishandle it.

Digital Payments: A Growing Trend with A Focus On Customer Experience 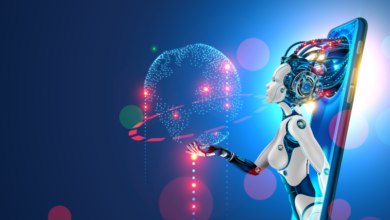 Why You Should Learn the Role of AI in Digital Marketing? 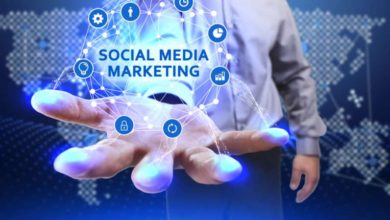